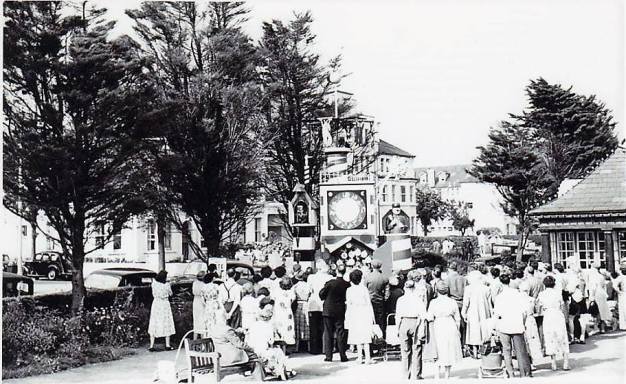 The original Guinness Clock proved so popular that Guinness received enquiries from a number of local authorities, department stores and exhibition promoters who all wanted to borrow it for display. This inspired the building of slightly smaller 'travelling versions' of the clock, the first two of which were ready by September 1952.

One went to Morecambe loaded on a Guinness trailer to be installed at Happy Mount Park as the main feature of the town's illuminations. It remained there until October 21st and was seen by thousands of people, young and old, as they walked through the park.

Next, it appeared in the fifth-floor exhibition hall of John Lewis store in Manchester where, although it had to be dismantled to negotiate the stairs and the centre well, it was back in working order within three days.

The other clock went to Southend's Western Esplanade as part of the seaside town corporation's illuminations. In all weathers and at all times people gathered to see the clock go through its routine.

In all eight travelling Guinness Clocks and one miniature (5ft high) version were constructed, and they were seen at many other places including Paignton, Barry Island, Great Yarmouth, Folkestone, South Shields, Leamington Spa, the Isle of Sheppey, Chester, Warrington, Brighton, New Brighton, Southsea and Clacton.

The clocks toured seaside towns for seven years or more, and also made appearances at trade fairs, carnivals, agricultural shows and in department stores. One went to the USA on loan for two years, and two went to Ireland. 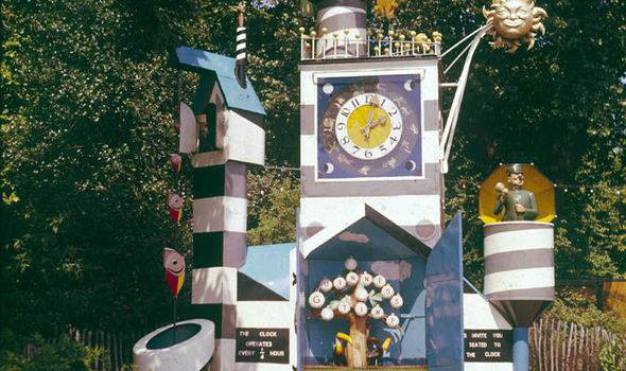