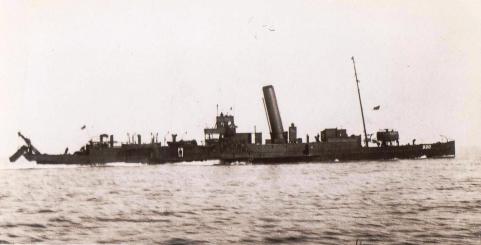 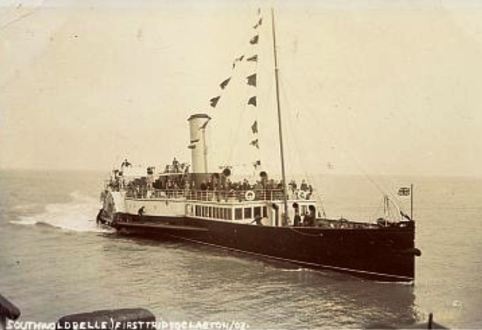 In 1890, London, Woolwich & Clacton-on-Sea Steamboat Company, a successor company to the Woolwich Steam Packet Company, which, along with Peter Bruff, had been responsible for much of the early development of Clacton-on-Sea, launched a new vessel, the PS Clacton Belle. Built by William Denny & Bros of Dumbarton, this was to be the first of the popular Belle Liner fleet which operated on the London to Clacton route for something like 40 years. It proved to be such a success that two more Belle Steamers were ordered immediately, the PS Woolwich Belle, which was ready for the 1891 season, and the PS London Belle, ready for the 1893 season.

The company changed its name in 1896 to the more appropriate Belle Steamers Ltd and two more ships came in to service, the PS Southend Belle in 1896 and the PS Walton Belle in 1897. The introduction of the Walton Belle allowed an extension of the service northwards to Great Yarmouth with a Clacton to Yarmouth service connecting with the main London to Clacton service.

As a consequence of this, the sixth Belle Steamer, the PS Yarmouth Belle, was built for the 1898 season.

The seventh and final Belle Steamer, the PS Southwold Belle, was launched in 1900, following the building of a new pier at Southwold..

The heyday of the Belle Steamers line was the late Victorian and Edwardian period but, in spite of their popularity, the Coast Development Corporation (as the company was renamed in 1905) ran in to financial difficulties. Consequently, at the end of the 1911 season, the Southwold Belle, was sold to help pay off some of the debts.

On the outbreak of the First World War the paddle steamer trade from London to Yarmouth came to an end and the Belle Steamers, apart from the Woolwich Belle, were re-equipped for use as minesweepers. Fortunately all five came through the war unscathed and were ready to return to duty on the Thames by 1919. However, it didn’t quite work out like that as the Coast Development Corporation went in to voluntary liquidation and the assets (its piers and steamers) remained with the liquidators until, again with the exception of the Woolwich Belle, they were bought by Ernest Kingsman in 1921. Kingsman however was really only interested in Clacton Pier and quickly sold the Belle Steamers on to the PSM Syndicate.

They continued taking passengers up and down the Thames during the 20s for 10/- one way or 15/- return, but the reality was that more and more people were now heading for the seaside by train and charabanc, with even the private car beginning to make its presence felt, so that in 1925 the Walton Belle was sold to the New Medway Steam Packet Co. where it was renamed the Essex Queen. Four years later in 1929, the Yarmouth Belle was also sold to the New Medway Steam Packet Co., while the London Belle and the Clacton Belle were scrapped altogether. The following year, 1930, the Southend Belle was sold to Ernest Kingsman, who renamed it the Laguna Belle. The once proud Belle Steamers fleet had now been well and truly broken up.

The last of the Belle Steamers to see service was the Walton Belle, which had by this time been renamed yet again to Pride of Devon and now owned by the South Western Steam Navigation Co. of Totnes. She was finally broken up in 1951 bringing to an end once and for all one of the most loved fleet of paddle steamers ever to sail up and down the Thames. 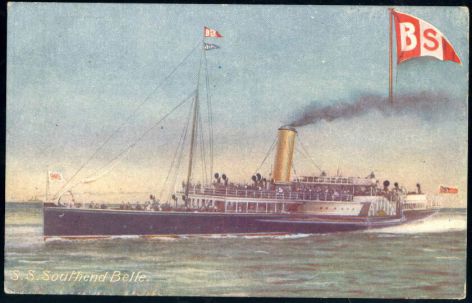 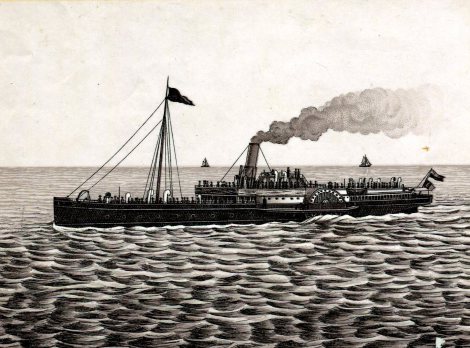